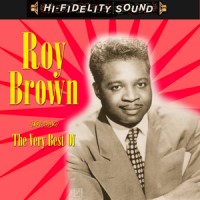 Hey everybody, did the news get around
About a guy named Butcher Pete
Oh, Pete just flew into this town
And he's choppin' up all the women's meat

Ever since Peter flew into town
He's been havin' a ball
Just cuttin' and choppin' for miles around
Single women, married women, old maids and all

Wakes up in the morning, half past five
Chops from sunrise to sunset
I don't see how he stays alive
Meat's gonna be the death of ole Pete, yeah

The police put Pete in jail
Yes, he finally met his fate
But when they came to pay his bail
They found him choppin' up his cell mate

That Butcher Pete is a crazy man
Tries to chop down the wind and the rain
Just hacks on anything he can get
Say, turn this record over, you ain't heard nothing yet

Well, they let ole Pete out of the jail
He went back to his store
All the women who payed his bail
Were waitin' on Pete to chop some more

There's an old woman, who's ninety-two
Lives down the street
She said, one thing more I wanna do
Is find ole Pete and let him chop my meat

Well, they put him in jail again
They tried to give him life
Pete beat the case, he pleaded insane
They gave him back his same ole knife

Well, he got out of jail on Sunday night
Monday he tightened his grip
He started to China to see the sites
Went nuts again and chopped up the ship

He's a maniac!
He don't do nothin' but hackin